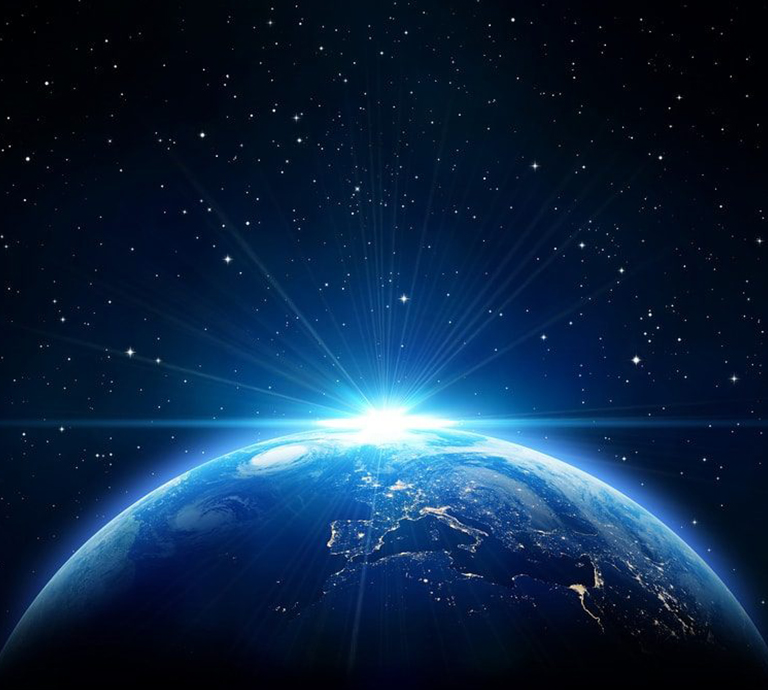 Deborah M. Pratt was co-creator and co-executive producer and the head writer for the hit TV show, Quantum Leap. A visionary who imagined a myriad of scenarios that challenge humanity, she focused her creative energy into writing the five-book Vision Quest series.The Vision Quest takes readers 120 years in the future, to a time when great quakes have totally transformed the planet. There, mega-corporations merge to create a unified planet where, luckily, peace reigns—at least for the moment. A group known as the Black Guard—genetically engineered biodroids—threaten to bring terror on humanity. The Vision Quest is a futuristic adventure series that has an optimistic outlook. Readers will find inspiration woven within the tales of heroes and heroines who battle for what is right. We asked Pratt about her book series and her ideas on the future.

Why write an epic science fiction series with a positive message? What was your inspiration?

I wrote these books because I was tired of dystopian societies and stories that had a negative and horrible future. When the idea for the books first came to me, my children were young and still very impressionable. As a mother, I didn’t want them to see an ugly world for their future. Plus, I wanted them to see that humanity has the power to alter the future for the better. That is why I invented a future world where, though humanity is facing much turmoil like the great quakes, natural disasters, and upheaval, people still help one another. The earth is unified. There is, above all else, hope. at is right. We asked Pratt about her book series and her ideas on the future.

Tell us what the major struggle or conflict is for humanity in The Vision Quest.

We all know that a good book needs to have a compelling conflict to drive the story. Just like we have in our real world, there are two types of conflict as I see it. First, there is the internal conflict. Our heroes in the book have forgotten powers inside them—powers of the human mind, the kind we hold within each of us. Usually, these powers are repressed by society, and reality prevents us from being open to the metaphysical world and to our more evolved and higher selves. The second type of conflict is the external conflict. This one is easy to identify. In the case of the new world in my books, and in many ways in our society today, the struggle is between the machines and artificial intelligence we’ve created. There are dangers in these machines and without accountability in place, it is easy to slide down a slope from science fiction to science fact.

What are the challenges you faced when writing about a future world and the science technology within it?

A big challenge in writing about the future is integrating cutting-edge technologies in a way that is new and exciting. I had to imagine the most stimulating, as well as the most realistic future, possible, using modern science as inspiration. The way ideas come to being, the ones that can change the world, are what my favorite science fiction and fantasy writers are able to do. That is what I kept in mind while I wrote The Vision Quest.

Why should the person reading this interview pick up your book series?

The world needs hope right now. We are facing challenges today that will impact tomorrow. The Vision Quest series can be part of what ignites imaginations and leads humanity to a brighter future.

Describe the story, the setting, what readers will get from your series.

The Vision Quest is set on the recently-risen continent of Atlantia in the not-to-distant future. The Great Quakes, earthquakes that ravaged the planet, have altered the world dramatically. We follow the story through the eyes of three young adults who live on the edge of change. The world is nearing a war, and they are about to be thrust into the fray. This story is one of life and death, love and evolution—not merely as individuals, but as a species. It is about the heroes and sheroes who reside in all of us. It is the story of humanity and a journey to answer a call to adventure. We each have a quest inside of us, a destiny, and an obligation to find the hero who dwells within.