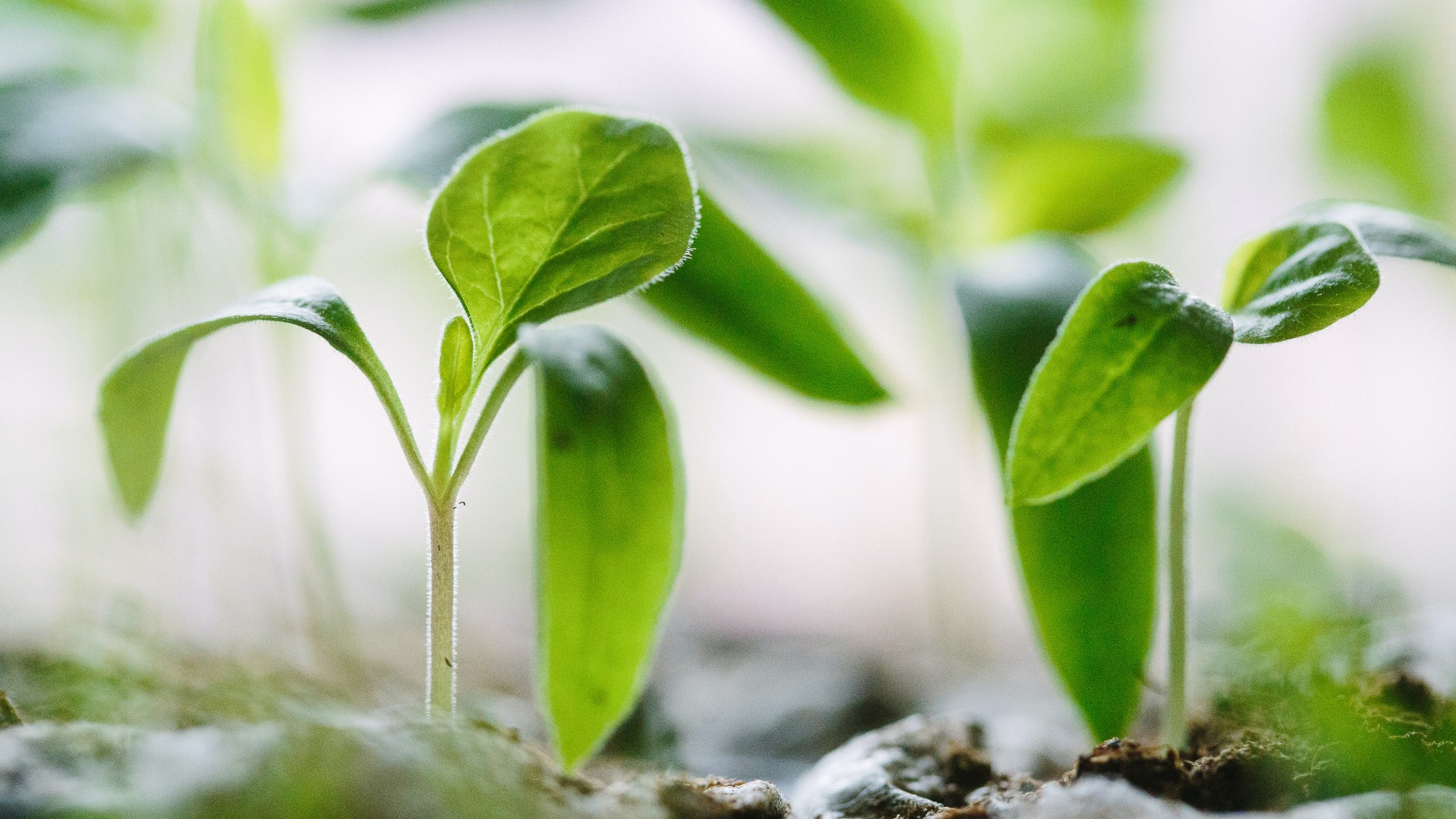 Author of Escape the Meatrix, Stuart Waldner, Talks About his First Book

Stuart Waldner, author of Escape The Meatrix, answers questions about his debut book, what inspired him to write, and talks more about his plant-based diet. Waldner is a staunch believer in cutting meat out as a source of nutrition, and he explains why he feels this way below:

Q. Can you tell us about your book?

A. My book is for everyone who wishes they individually could do more to help avert climate change. It’s for anyone who wants to avoid, slow down, or stop the progression of a chronic conditions, such as dementia, Alzheimer’s, diabetes, heart disease, and more. My book is for anyone curious about why we eat certain foods and about who gets rich from the food on our plates (and I’ll tell you it’s not the small farmer). 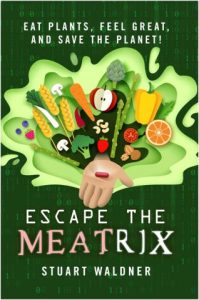 Stuart Waldner’s environmental, health, and wellness nonfiction novel is about the benefits of cutting meat out of one’s lifestyle.

Q. What is your favorite excerpt from your book?

A. Oh, wow, there are several so it’s hard to choose. A few that I particularly like are:

“It takes thirteen pounds of feed and sixty-five square feet of land to create a quarter pound of beef, while generating about four pounds of greenhouse gases. Business Insider put it this way: ‘In reality, your hamburger isn’t something bought and paid for, but a symbol of a debt that, one day, must be repaid.’

“The idea of a burger symbolizing a debt reminded me of a significant environmental quote by Kentucky Hall of Fame writer Wendell Berry. In his book, The Unforeseen Wilderness: An Essay on Kentucky’s Red River Gorge, Mr. Berry wrote that ‘the world is not given by his fathers, but borrowed from his children.’ The choices each of us makes now will determine the amount of debt owed. Everyone living within the Meatrix fuels greater and greater climate change, all but guaranteeing that their children and children’s children will inherit a debt so vast that no one could possibly ever repay it.”

“For instance, a 2019 study by Oxford University found that the best dietary pattern for individuals wishing to reduce their carbon footprint was plant-based. By analyzing 38,700 farms in 119 countries, the study concluded that people in the US, where meat consumption per capita is three times the global average, could lower their carbon footprint by a whopping 73 percent alone by switching to a plant-based lifestyle. This impact is ‘far bigger than cutting down on your flights or buying an electric car.’”

“Saying meat has protein is like saying cocaine makes you happy. While both may be true, there are many other things to consider when consuming either product.”

Q. Where did you find your inspiration for your book?

A. Definitely from my own life, and the Matrix movies. 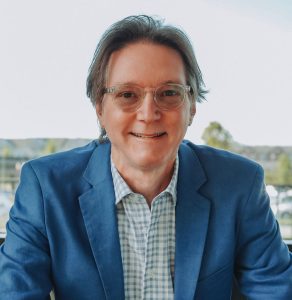 Stuart Waldner discusses his life and the Meatrix in his debut novel, Escape the Meatrix.

I grew up and live in the beautiful state of Kentucky, a place full of genuinely good, kind-hearted people. But sadly, it’s one of the sickest, least healthy states in our nation. At the age of twenty-three I decided I didn’t want to be a statistic and gave up eating meat, a change that science said could lower my risk for developing many chronic diseases. In 2008 I became plant based because of the things I had been learning about keeping myself healthy, animal welfare, and climate change. This lifestyle choice worked for me. December of 2021, a doctor at the University of Kentucky who saw me and studied my chart commented I was the healthiest person he’d seen walk into the clinic! In fact, I’m such an outlier in my physician’s practice that he gave me a very nice endorsement for my book! And, most importantly, I’m here to say that if I can do this, I know others can too!

Additionally, when I first saw The Matrix and the thousands of humans that the AI overlords were using as an energy source, I thought this is exactly what we’re doing to farmed animals. I asked myself, why, when there’s overwhelming scientific evidence that eating animal-based foods leads to chronic poor health and an early grave, do we still do it? That’s when I realized we were living in the Meatrix. I encourage everyone to choose the “red pill” and discover the truth the Meatrix doesn’t want you to know so that you can regain your health and the health of our planet.

Q. How is your book different from others in its genre?

A. My book is different from others because it presents overwhelming scientific evidence in an easy-to-understand way about how a plant-based lifestyle is the number one thing each of us can do to not only combat climate change, but also avoid, reverse, or stabilize many chronic illnesses, with the added bonus of helping farmed animals.

Q. What’s one thing you want the reader to remember about your book long after they finish?

A. I hope readers will remember the powerful impact their food choices have and how eliminating animal-based foods and adopting a plant-based lifestyle is the most critical and necessary change they can make to help mitigate the worst-case scenarios of climate change, improve their health, and save billions of animal lives.

Q. Do you have other books in the works?

Q. What gave you your eureka moment that made you realize you needed to stop eating meat?

A. I had two eureka moments. First, I realized that for me there’s no right way to do the wrong thing. Whether I wanted to admit it or not, I knew in my heart that needlessly killing animals for food my body didn’t need, and would be better off not having, was wrong. And second, climate change is real and it’s here, now. I realized that if I’m not part of the climate solution, I’m part of the climate problem. Living in the Meatrix meant I was part of the problem, so I took the red pill and escaped.

Q. What has improved in your health after making the switch?

A. Short answer: I’m happier, healthier, less stressed, and feel great! I have lots of energy when I need it and sleep well at night.

Long answer: I’ve only had amazing health despite poor genetic and environmental factors since I escaped the Meatrix when I was 23 and stopped eating meat. I’m reminded of a quote by Benjamin Franklin. He said, “An ounce of prevention is worth a pound of cure.” I think giving up the standard American diet filled with animal-based foods was the ounce of prevention I needed to avoid all the chronic conditions I see in so many others. My primary-care physician agrees saying I take great care of myself.

Q. How do you feel about imitation meat?

A. Imitation meat is the perfect gateway plant-based food and it’s so much better for climate change and the environment, so I love it! For instance, compared to a quarter-pound of beef, Beyond Meat’s Beyond Burger generates 90 percent fewer greenhouse emissions, requires 46 percent less energy, has 99 percent less impact on water scarcity, and has 93 percent less impact on land use. That’s something we can all celebrate. Plus, imitation meat has become “meatier” in recent years, which is something I think those who escape the Meatrix are going to want on their plates. Imitation meat also makes it much easier to make the switch because we’re already accustomed to centering a menu around meat.

Pre-order your copy on Amazon. 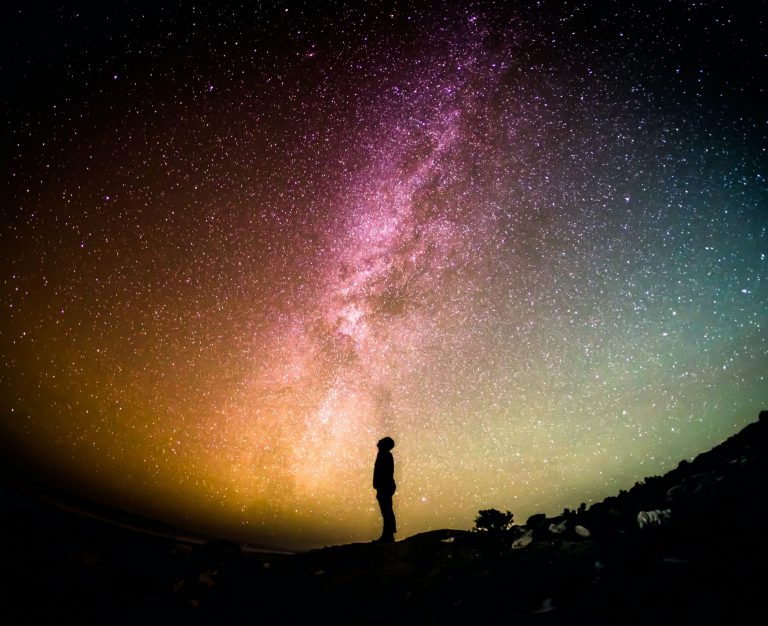 From The Potato to Star Trek and Beyond: Memoirs of a Rocket Scientist by Chester L. Richards

Books That Make You Discover Ways to a Simpler Life We have a choice in our lives to be happy. Happiness is a life-long journey, and taking the step needed to

Fall is here and that means the return of one of the most anticipated book events of the year: The BookFest® Fall 2022. As the weather drops in temperature, this

Whether academics or creatives, writers often overcomplicate the writing process, according to Professor Vincent Barletta. They spend hundreds or more every year on fancy writing tools and software when a