Get to Know Autumn Doerr, Author of Baker’s Dozen

Autumn Doerr, author of Baker’s Dozen: A Lexi Fagan Mystery shares with us her thoughts and inspirations while writing her new book. 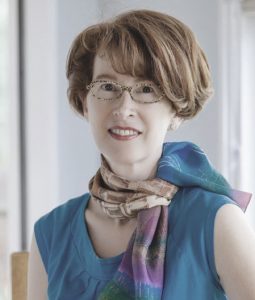 I was missing San Francisco where I had lived during my 20’s. I love to write and thought of a true event from my time in the city when the Cathedral Hill Hotel caught fire. “Baker’s Dozen” grew into a book from that memory. Luckily, I didn’t consider how difficult it would be to construct a good mystery or I’m sure my fingers would have stopped typing. But, once I started to write, the story came to me in detailed scenes with flesh and bone characters. Everything fell into place as if the story was waiting to be told.

Baker’s Dozen is about a young woman who comes from a tiny fishing village at the base of a mountain in Alaska. When Lexi Fagan was a baby, her parents died in a tragic seaplane accident leaving her in the care of her grandparents. Throughout her life, Lexi felt her community had defined her as the kid who had lost her parents. Determined to change that pity story, Lexi leaves home.

At 18, Lexi is living in San Francisco a city for new beginnings. She works in a bakery and makes friends with a few of the regular customers. When she falls for a fireman, everything seems to be falling into place. But, when Jerry’s body turns up in a hotel fire across the street from Lexi work, McCracken Bakery, her life turns upside down. Lexi discovers the awful truth about Jerry’s death and unearths secrets that just might get her killed.

Baker’s Dozen is an Urban Cozy with plenty of suspense and mystery. As Lexi Fagan untangles the circumstances surrounding the death of her boyfriend, Jerry Stevens, she also explores her adopted city, San Francisco, at the beginning of the AIDs crisis in the early 1980’s. As Detective Robert Reiger, the first African American detective on the force, works out where Lexi fits in with a potential murder case, they become unlikely allies. 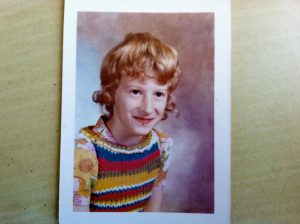 I grew up in Ketchikan, Alaska, the salmon capital of the world, hating fish.

While my friends and their families were catching salmon on the weekends, I developed a secret talent for reading Mad Magazine while hula hooping.

And, I don’t want to brag, but I was also envied for my fashion sense—which was quite advanced for growing up in town without a stoplight. Who would wear this ensemble on a fishing trip?

I’m not sure where this hatred of fish came from, but it could have come from an experience I had with a nun and a fish on a sixth grade camping trip. I watched on in horror as a nun from my elementary school, Holy Name, caught a catfish and beat it to death with a bat. That scene would turn anyone off of fish.

But, once I left Alaska, fish was the last thing I worried about. I moved to San Francisco where “Baker’s Dozen” takes place. The opening of the book actually came from a real life experience I had while working at a bakery. I thought the worst part of my day was over when the garlic pills I had downed for a headache thinned my blood so much that I had an epic nose bleed just as the hotel across the street from the bakery caught fire.

Suddenly, I had more customers than I ever had on any given day as the place filled up with looky-loos munching on donuts and watching the fire, as my nose was gushing blood. Luckily, one of the costumers had a military background and showed me how to stop the nosebleed. For the next two hours, we all toasted each other over coffee and donuts as we watched the fire come under control by what looked like every firefighter in the city.

After quitting the bakery, I became a word processor working for various law firms in San Francisco for 15 years. I made a good living typing legal briefs but it could be soul-crushing work. When I left that job, I decided if I typed another word it would be my own story..

I’m working on the second and third books in the Lexi Fagan Mystery series, “Free For All” and “Sins of the Mother.” “Free For All” finds Lexi working as a receptionist at a libertarian think tank when her boss ends up dead. Returning from book one, Detective Robert Reiger is investigating the case and needs Lexi to be his eyes and ears in an office where suspects seem to multiply by the day.

In “Sins of the Mother,” Lexi returns to her hometown in Alaska for her grandfather’s funeral. Revisiting the past and her parents’ fatal seaplane accident raises questions whose answers could prove deadly.

What do you want the world to know about Baker’s Dozen?

“Baker’s Dozen” is a new genre of mystery, the Urban Cozy. There’s an amateur sleuth, a beautiful setting—San Francisco—and enough sex and violence to keep you turning the page.

It feels as if the world is on the brink of a regressive revolution where the rich can buy justice and trash culture is celebrated. “Baker’s Dozen” us back to the 1980s, a time without cell phones when people read the newspaper to stay current and your local library was the internet of its day. The young protagonist, Lexi Fagan, like young people today, is trying to figure out who she is and how to navigate the world when she’s pulled into the investigation of her boyfriend’s death, changing her forever.

What do you hope will be the everlasting thoughts for readers who finish your book? What should remain with them long after putting it down?

The indelible characters in “Baker’s Dozen” stay with readers long after they’ve finished the book. As one fan put it, “I enjoyed getting to know the main character, Lexi Fagan, and her unusual crew from the bakery, who were an unlikely but believable group of friends.”

The book also explores San Francisco in the early ‘80s before tech when people listened to their Walkman, haunted record stores, spent hours at the library and met friends for drinks at the neighborhood fern bar.

Another Amazon reviewer wrote, “[T]he writer must love san francisco, it is written in so much detail you feel you are either there or want to be.” (Amazon review.)

If people can only buy one book this month, why should it be yours?

Baker’s Dozen has a strong setting, fascinating characters and a young protagonist trying to find her place in the world.

It’s a page-turner murder mystery with the backdrop of one of the most charming cities in the world, San Francisco, at a bakery with plenty of pastries, cakes and cookies to satisfy any cozy reader as well as hardcore mystery lovers. 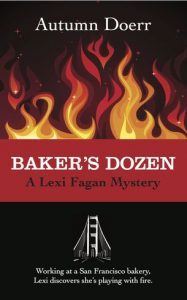 Find your copy of Baker’s Dozen on Amazon