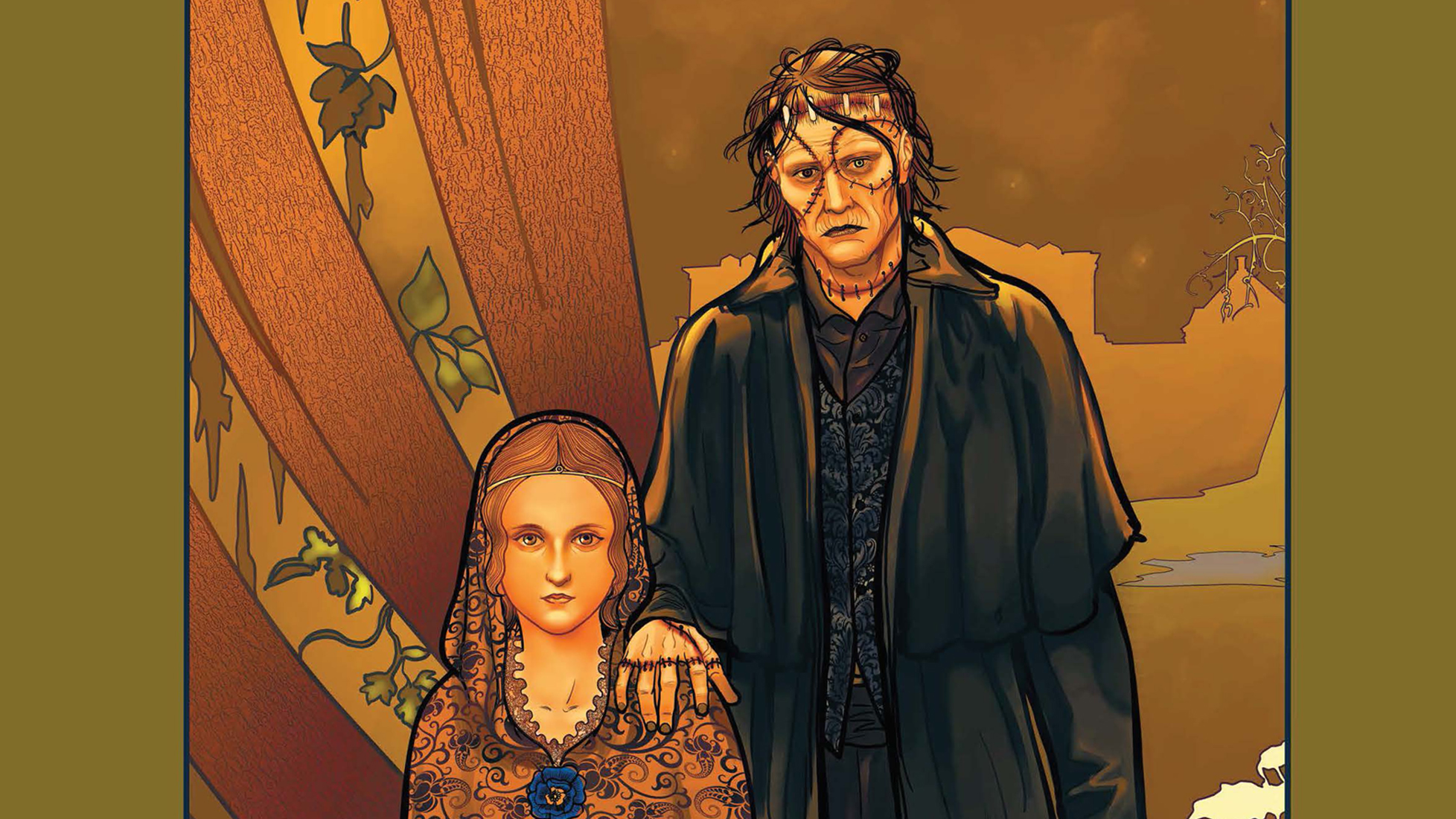 To celebrate the 200th anniversary of Mary Shelly’s Frankenstein, how about flipping open the first issue of Mary Shelly Presents? 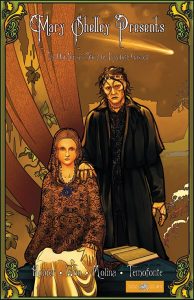 Here is how Mary introduces the collection on the first page:

“…I dreamed of the creature, pieced together from corpses, revived … and unloved. His tragedy has granted me immortality. Other women writers of my time have not been as lucky. Famous once, their ghostly stories now gather dust.”

The Old Nurse’s Story by Elizabeth Gaskell is adapted by the New York Times best-selling author, Nancy Holder, who you probably recognize from the Buffy the Vampire Slayer novels. The Old Nurse’s Story has a fascinating backstory. It came into existence when Charles Dickens requested that Elizabeth Gaskell write a tale for the Christmas issue of Household Words Magazine in 1852.

Set at Christmas in the Victorian era, the tale follows an orphan girl who is forced to live in an old mansion with her closest living family after the tragic deaths of her parents. A mystery haunts the innocent girl as specters from the past return for revenge.

Fans of horror, comics and the supernatural will devour this read. Mary Shelley Presents: The Old Nurse’s Story by Elizabeth Gaskell is highly recommended, especially as a cozy fall or winter read. The gothic tone and style are gripping and a treat to enjoy as the nights grow colder, darker and longer.