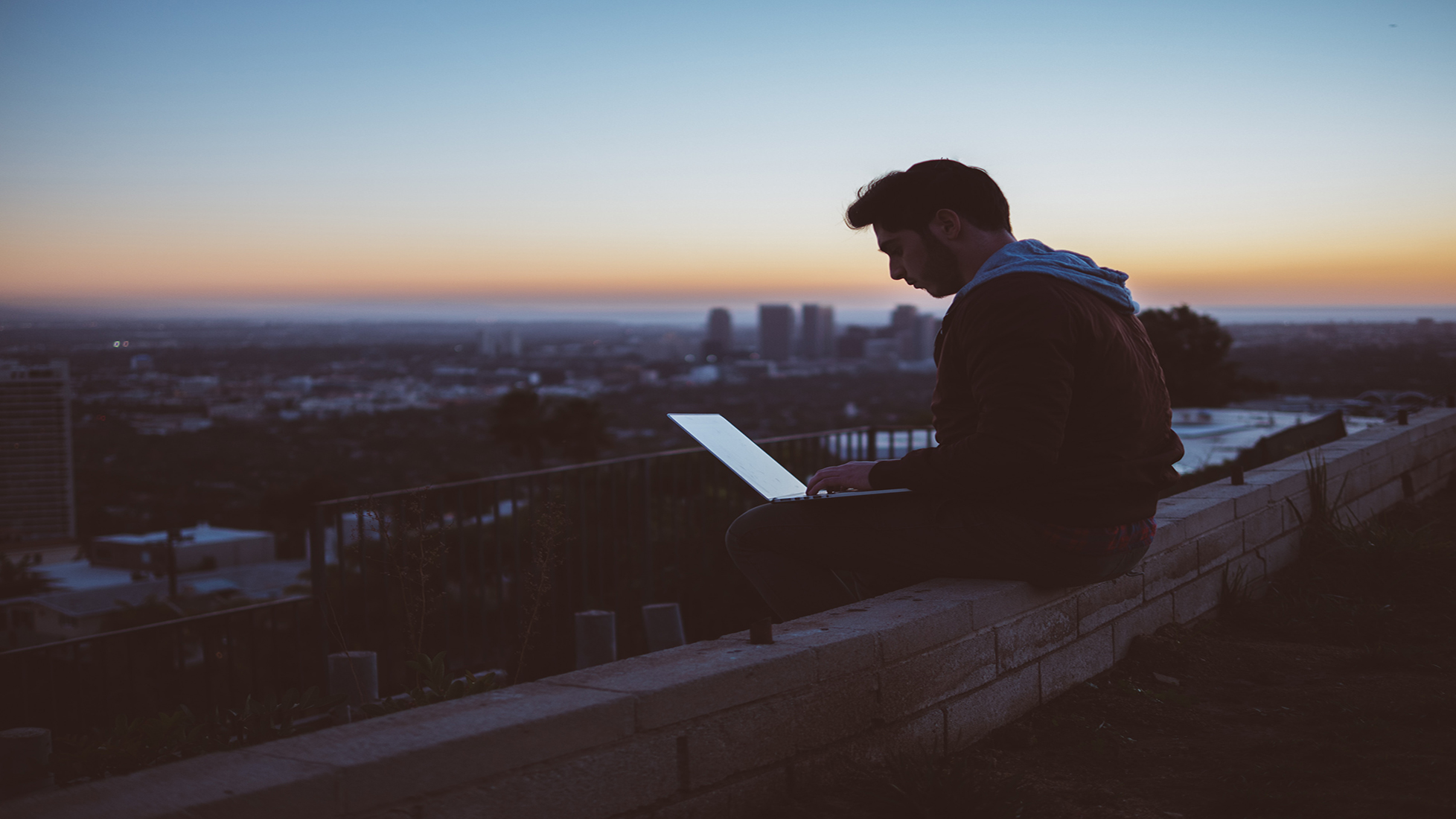 The Dark Secrets in The Legacy Series by Brandyn Cross

Never has a book had such a profound impact on my view of children’s minds. I HAD to learn more about how author Brandyn Cross came up with this revolutionary story and why he felt compelled to share. We interviewed Brandyn Cross in hopes to learn more.

Can you describe the premise of your book?

On the surface, The Legacy Series is simply a, shall we say, voyeuristic peek inside the private life of a quiet, shy young boy. However, we soon discover that there is much more going on with him than anyone realizes. For a seemingly ordinary little boy, he is going through extraordinary pain and difficulties. In addition to fighting for his life in a battle with cancer, he is harboring a vault of dark secrets that no one person is aware of. His strict and cold parents are abusing him physically and emotionally, while an older teen friend is molesting Brandy as the price for his friendship. As his online friends come to realize what Brandy is keeping from them, they become desperate to help him. But, being kids themselves, they don’t know what to do and make some monumental mistakes along the way in their zeal to help. 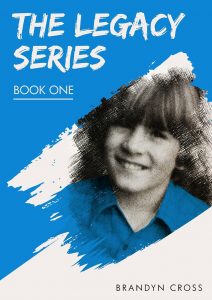 Is everything in the book based on real events in real time or did you need to re-frame things for the sake of the story?

Yes.  The main character, a twelve-year-old boy by the name of Brandy, is based entirely on real events. The supporting characters are also based on real events, although I’ve merged some characters, extrapolated from things they said, and the like. The result is completely true to life, and based on real events that countless people will relate to from their own lives, even though certain elements are fictionalized to weave together a cohesive story. Nonetheless, that doesn’t detract from the reality of the experiences. Rather, it enhances it because it’s easier to follow.

How did inspiration for your book hit?

I knew Brandy had become friends with some kids online, but didn’t think much of it. Then, when he died, we found he had left behind these tens of thousands of pages of print-outs, but still really had no idea what it was. No one else thought much about them, so I took them rather than have them thrown out. Honestly I expected nothing more than maybe a few pages of musings to remember him by. But when I read them, it became instantly obvious the profound insights into the mind of an abused child contained within these pages. I quickly realized how life-changing these could be for so many people. It changed my life in helping me to understand my kids better, and honestly to understand myself as well. Still, I didn’t think much of it beyond that. For years, I just kept them to myself and referred back to them when I wanted to revisit Brandy and his world. Over time, it became more and more evident that this needed to be published. So, I set to work organizing and editing the notes into some semblance of a cohesive story. It’s taken about 20 years, but I was finally able to connect all- or most of anyway- the dots.

What is your favorite passage or chapter of your book?

I think it’s where Brandy reaches out to a support group for people living with cancer. It reveals so much about how caring and tenderhearted he is.  He wants to know if it’s unfair- or mean- for him to get new friends when it’s possible he could ultimately die. He didn’t want to make friends with these kids only to ultimately cause them pain if he ended up dying. It’s such a  sweet moment, as we see this angelic little boy fighting for his life, yet his first thought is not for himself, but for the well being of his friends.

What was the most rewarding part about writing your book so far?

Completely immersing myself into the world of this incredible group of young friends. Getting sucked into the pages and inviting myself into the privacy of their secret little world. You seriously get hooked. You feel like you’re a part of their lives and, as it is a chronology of many lives coming together, no matter where you are in the series there is always some ongoing issue in their lives that you can’t wait to see resolved. Think of your own life. You never have a moment when everything in your life is resolved and neatly tucked away. So it’s a series of over 20 books and, on virtually every page, you’re in the middle of a cliffhanger you can’t wait to see through to the end.

How does your book relate to the world today?

Now, perhaps more than ever, parents are desperate to understand their children while, at the same time, clamoring for anything that might help them understand the darker reaches of their own childhoods. Similarly, kids today are looking to find common ground with other kids. Anything to reassure them that the private thoughts in their own minds are not unique to them but are, in fact, universally shared by virtually every other kid. The Legacy Series offers all of these reassurances, bringing both children and adults of all ages together, and helping them make peace with their own pasts. In almost every ‘test read’ to this point, The Legacy Series has opened up dialogue between family members, helping them come to terms with the darker crevices of their own pasts, assisting them to face these realities headlong and come to terms with them. For example, a husband finally opened up to his wife of 15  years about the deeply protected secret of abuse within his own childhood family. Until then, she had no clue. Once this dialogue was opened and he was able to finally shed the personal burden of this secret, he was finally able to connect with his wife on a deeper emotional level, and their relationship improved dramatically.

What do you have planned for the next book in the series?

As Brandy and his new friends become closer and they teach him to trust them all more, Brandy begins opening up about some of the abuse he is suffering. He finds that others in the group have also been abused in numerous ways and that they have other things on common as well. A best friend of one of the kids in the group took his own life a couple months before, and Brandy feels comfortable enough to reveal that his own best friend also died a  year earlier. Brandy is haunted by the suspicion that his death may have been intentional and it becomes clear that he is carrying burdensome guilt that, perhaps, he didn’t do enough to give his friend a good enough reason to live. That he missed the signs and may actually be responsible for his death. As the signs of these dark secrets they all carry become more evident, Brandy and two of his friends become a seemingly unbreakable trio, each trying to help the others get beyond their pain and terrible secrets.

What makes your book stand apart from others?

The Legacy Series carries you inside the mind of an abused child in the way nothing else ever has. In the past, other works dealing with abuse represent the recollections of an adult looking back on abuse usually decades in the past. Their recollections are clouded both by time and the changing perspectives of a child turned adult. The Legacy Series, on the other hand, is the writings of an abused child, written while living through this abuse. We see the terror of what he fears will darken his door in the coming night, and we see his desperation as he writes about abuse just ended. The power of this perspective cannot be overstated. And since these are the writings of a child, written directly to other kids, they are free of the inhibitions invariably present when in the presence of an adult. Any adult. Even that of a therapist or other adult who is there to help the child. These kids will never tell the same truths in the presence of an adult, and that is vital to the reality of their accounts.

If you had to compare your book to a popular movie or TV show, what is it
most like?

Okay, this is a tough one. I honestly know of no other offering that presents the unfiltered view of a child going through abuse and terminal illness the way The Legacy Series does. Because of this, it’s hard to pin it to any other work. Off hand, the closest I can come up with is The Invention of Hugo Cabret (book title; film title Hugo). The reason is because this story involves a completely isolated, lonely child about Brandy’s age, who has some deep scars to deal with. The story is told from the perspective of the child, and much of it is one on one with another child about his age, isolated from adult interference. Nevertheless, where it- and where everything else I’m aware of- differs from The Legacy Series is that it is based on a draft written by an adult recollecting the feelings of childhood. Thus, The Legacy Series remains unique in that it is taken from the writings of the child himself, while a child.

What do you hope people learn by reading your book?

Other books about abuse succeed in expressing the perspective that abuse is a very bad thing, and that it needs to stop. Yet, because of the adult perspective inherently present, they lack the power of seeing the child talking directly about what happened to him an hour ago. Again, as I stated before, the power of that cannot be overstated. In The Legacy Series, you are effectively transported inside Brandy’s heart and mind. You don’t just read his feelings, you experience them as though it happened to you. Because of this, you don’t just get a peripheral feeling for the horrors of abuse. It becomes personal to the extent you become completely vested in making sure abuse stops. All that while bringing parents and children together and helping both adults and children better understand themselves. Primarily, the first and foremost intent is to open dialogue about abuse and, most specifically, male sexual abuse, which otherwise seems to be completely absent in the arena of public dialogue.